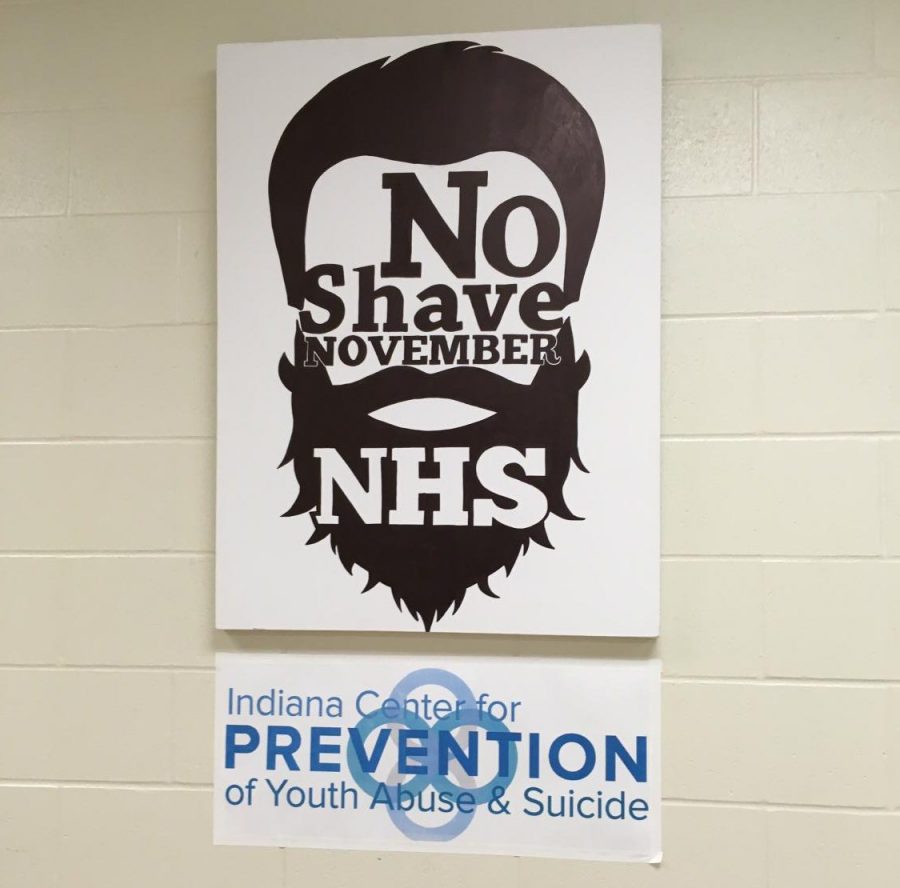 The poster for No Shave November.

This year changes have been made to the No Shave November competition. According to Principal Jason Urban proceeds will go to The Center for Prevention of Youth Suicide. In previous years the proceeds have gone to Riley Children’s Hospital.

“Also, the participants are paired up instead of competing individually,” Urban said. “For example, Dr. Kuhn and I are on the same team with Mrs. Jahns; we have a group of NHS students who will help promote our team.”

“That was what I suggested, everyone will continue to raise money for a longer period of time,” math teacher John Jud said.

According to Jud he is giving sweets for donations to his No Shave November campaign.

“Seeing the school rally around the cause of helping others,” Urban said. “And shaving my beard when it is over—it is so itchy!”