Cold and flu season is back once again 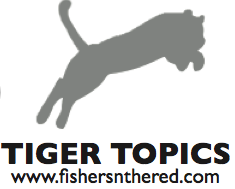 Linda Chang- It’s that time of the year where the common cold and flu reigns supreme by infecting everyone with the case of the sniffles. The common cold is one of the main reasons for doctor visits and missing school or work. Americans miss about 22 million days of school every year because of a cold according to the National Institute of Allergy and Infectious Diseases. Although the cold is very common during winter time, it is not the only virus irritating our noses.

Influenza, or more commonly known as “the flu,” is a big contributor to why Americans are stuck in bed during the winter time. According to the National Center for Complementary and Alternative Medicine (NCCAM), about 5 to 20 percent of Americans catch the flu each year and it takes a varied number of lives of Americans ranging from 3,000 to 49,000.

According to the Mayo Clinic, the common cold can be caused by more than 100 different viruses and that is why the cold is known to be “common.” It is also more contagious than the flu especially within the first three days. A person can get infected just by touching an object that has recently been handled by a person carrying the virus, and then touch an opening in their body.

“Wash your hands a lot. That is the most important thing a person can do to prevent them from getting sick and passing onto others,” nurse Amy Hanna said.

The seasonal flu on the other hand is caused by the influenza A and B viruses and is less common than the cold. Unfortunately it has a higher risk into developing a more serious sickness according to Healthline.com.

Unlike the cold, the flu is seasonal and runs from fall to spring, and becomes a higher risk during the winter months. It can be transferred from one person to another in the same way the cold is spread: through coming into contact with bodily fluids from an infected person.

Both illnesses share some of the same side effects such as runny or stuffy nose, coughing,  body aches, and a fever. According to Healthline, the flu has a bit more severe symptoms such as chills, dry throat, and heavy fatigue.

According to school nurse Ann O’Haver, the cold may be more mild than the flu but in the end, they are both able to be prevented and treated in almost the same way.

“Getting enough rest, staying active and staying hydrated is probably some of the best ways for your bodies to beat the sicknesses,” O’Haver said.